Nitya in a fix…

Priya Gole
October 25, 2022
Share
Facebook
Twitter
WhatsApp
Linkedin
Email
Print
Telegram
Chapter 1
Present
Nitya shut the door of her modest home in the corner of Bhandup, a suburb in Mumbai. The last guest of the select few had just exited and she latched the door securely. Turning around she sighed looking at her mother’s garlanded photo. She had passed a couple of days ago and today Nitya had arranged a prayer meeting on the behest of her family friend Kamble uncle.
“Kaka, I don’t believe in all these farcical rituals…” She had protested. “… I took care of amma till the time she lived… gave her a decent departure at the crematorium. Don’t you think this is enough? Why should I announce it from the rooftops?”
“Nitya beta, it’s for the reason that all this doesn’t look conspicuous. Your mother lived her life in obscurity and fear. If we don’t call a few people for the prayer meeting then it would make it look even odder. We don’t need people’s attention to focus on you or your brother, more than necessary.” Her uncle had justified.
She had relented and today the prayer meeting was done with.
It was tough for her to face the sparse crowd though she had known them for the last decade she had stayed here. The women looked at her with eyes overflowing with unsolicited pity and maybe even envy at her svelte figure. But the men ogled at her. Some of them even eve teased her in her initial days here but she had been an avid martial artist and had shown one of them the repercussion after which she was left alone.
Today she had worn a saree after ages on Kamble uncle’s insistence. She didn’t want to disappoint him since he had gone out of his way to help them. But Nitya had always worn loose t-shirts over loose-fitting jeans that literally hung on her slender frame. It was a perfect camouflage for her to go to and fro to work at the gym where she was a fitness instructor and also doubled up as a martial art teacher. She occasionally worked as a body double for performing stunts for actresses. The pay was good and this area was the cheapest to live in these suburbs.
Nitya walked into the only bedroom of the tiny flat, they had rented for the past decade. The landlord was Kamble uncle’s friend and had reluctantly extended her lease every year. He had even kept the rent on the lower side to his utmost chagrin but Nitya wasn’t the one to judge. She was only grateful.
For the curveball life had thrown at her, this was sheer bliss.
She was barely three years old when her father passed. She remembered that last birthday she spent without her father, not interested in cutting the cake but missing him. But the mayhem that followed his death was devastating. She never celebrated a birthday again…
She was living in Pune those days close to her maternal grandmother. But her father was labeled a traitor who helped design the blasts that shook the heart of the country. It was a nightmare for her mother and her little brother who was barely a year old. There was a trial by newspapers and despite there being no social media those days, it was a living hell for them.
Why did her father do it? That would always remain a mystery. She didn’t want to believe it all even years later when she grew old enough to know stuff. But she didn’t remember her father much.
Long story short it didn’t matter. Because all she remembered is a miserable childhood with a depressed mother and a brother whom she had to mother to date.
The last 29 years had taken a lot from Nitya. Her childhood, good memories …in short, her life.
Her mother was bedridden and heavily sedated for the last five years. Nitya had to take care of the household too besides earning a living. Then her brother… the super genius in the family. He needed care as well.
Nitya walked towards the study table in the room darkened by thick curtains despite the bright daylight. The slight silhouette of her brother Naman, slouched on the revolving chair she had got him from the flea market, was visible. She knew he was disturbed at a different level. She knew better than to talk to him. She couldn’t handle a meltdown. 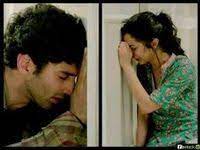 Naman had Asperger’s Syndrome.
She had always trodden on eggshells around him to help him calm down. His cries during a meltdown would depress her mother further. Twice the woman had ODied and Nitya couldn’t lose the only living relative… She could only study till the 12th grade after which she plunged head-on to earn a living.
She walked towards her brother. The last decade had brought them very close to each other. Naman only listened to her and needed her voice or touch to calm down.
She saw him rocking with a slight humming and his headphones were on too. She knew he was distressed. She placed a hand on his shoulder, tentatively and he began to rock more… with a greater intensity. She knew he was in agony… something he couldn’t tell despite being verbal. These were the emotions only she could feel.
She knew what she had to do. She hugged him from the back and began rocking with him. After about a minute he slowed down and finally came to a standstill. She gently took off his headphones watching him every second. She couldn’t tolerate a meltdown right then… She was drained too.
“Hey Naman… sweetie… I know you are hurt. I am so sorry dear but maa was ailing and in pain. She is in a better place. Remember when we spoke about heaven?” She spoke even as her voice cracked up towards the end of the sentence.
She remembered one of the many workshops she had attended by a parent support group for her brother. It helped her deal with him better. She was after all his parent in the true sense of the word. Naman only listened to her… she didn’t know how much he followed her but he often heard her out with his gaze fixed on the painting on the wall whenever she wanted to vent out frustration with her life.
She loved him to no end and had pledged her life for him.
Naman nodded and she doubted he understood but he was a genius… her mother said, despite everything her brother had inherited his high IQ from his father. And then that stupid laptop-like structure, whatever it was… It had reached Pune a week after her father passed. It had come to her old home and was received by her grandparents who only handed the still-packed gift to her mother a few years ago.
Her mother had lost it all over again and Nitya hated it all the more…However Naman had taken to the gadget like a fish to water. It was some crude prototype of a laptop probably built by her father. She couldn’t ask around because it would call for attention and Kamble kaka the only soul outside their home who knew about the gift, advised her to let it go.
Naman, however, kept busy all day and for the past seven years, it was his sole companion whenever he was home after his diploma class and a few software workshops and courses she often enrolled him. She always thought the gift was a blessing in disguise for Naman because he could emerge into those codes without having to bother about the life troubles surrounding him.
And then she had Sajid… her boyfriend of five years. Her mother and Kamble kaka had disapproved of him but Sajid had been with her through her lows in these past years and though she didn’t actually love him… she didn’t know if she possessed the emotion at all, she liked being with him.
Off late however he had been pursuing her relentlessly, wanting to marry her. He had a job offer abroad and needed her answer.
Just last night he had called her.
“Come on Nitya… I am sorry for your loss… but I am there for you. Always. Naman is like a younger brother and I shall take care of him as well. We shall take him along too…”
“Sajid, Naman cant be uprooted… and he has become very emotionally volatile and his meds have been tweaked as well. It’s a tough time for him…”
“I understand Nitya. Trust me I do. I shall take care of everything. Naman only wants a gadget like that toy he has… doesn’t he…?”
She had indirectly told him about it on their first date where she spoke more about Naman. That was to judge the man and Sajid hadn’t minded at all.
“No Sajid it’s more than that. Let me ponder over it a little more alright?”
The call had ended and she knew Sajid had been very tolerant… but marriage?
How could she make that decision? Sajid had met Naman only once and there was no love lost between the two.
Naman just didn’t only like Sajid… he hated him.
©priyagole
Share
Facebook
Twitter
WhatsApp
Linkedin
Email
Print
Telegram
Previous articleprologue
Next articleBook Review: That Night

Author: Rajiv Shah The book revolves around a love triangle or rather, a man three-timing...

Author: Vani Kaushal This is one tale that drives a chill down your spine. This is...

Author: Amulya Priyadarshi This book is a treat for those who grew up in the...

Author: Nidhi Dorairaj Bruce The book is a hilarious take on a billionaire family scion...

Author: Colleen Hoover What I like about this author is the simplicity of her plots...

Author: Rahul Kale I just finished reading the book a few minutes ago and I...